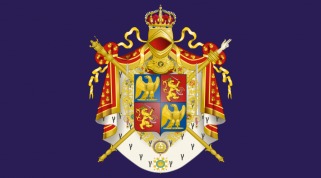 The Grand Duchy of The Seven Provinces is a gargantuan, environmentally stunning nation, ruled by Spurdo Spärde with a fair hand, and notable for its punitive income tax rates, complete absence of social welfare, and stringent health and safety legislation. The hard-nosed, hard-working, democratic, cheerful population of 23.048 billion Seven Provincians are effectively ruled by a group of massive corporations, who run for political office and provide their well-off citizens with world-class goods and services. Their poorer citizens, however, are mostly starving to death while being urged to go out and get real jobs. The populace has reasonably extensive civil rights, although these are mostly aimed at allowing them to buy whatever they like.

The medium-sized government prioritizes Education, although Environment, Industry, and Healthcare are also considered important, while Spirituality and Law & Order aren't funded at all. It meets to discuss matters of state in the capital city of Benishof. The average income tax rate is 60.2%, and even higher for the wealthy.

The frighteningly efficient Seven Provincian economy, worth a remarkable 5,206 trillion colombian flakes a year, is quite specialized and led by the Tourism industry, with significant contributions from Information Technology, Book Publishing, and Retail. Black market activity is rampant. Average income is an amazing 225,908 colombian flakes, and evenly distributed, with the richest citizens earning only 2.4 times as much as the poorest.

Terrified neighbors cower behind concertina wire and machine gun nests, city budgets are spent entirely on supporting the town royalty, cremation is compulsory for the deceased, and the government extracts trade concessions from poor nations in exchange for humanitarian aid. Crime, especially youth-related, is pervasive, perhaps because of the country's complete lack of prisons. The Seven Provinces's national animal is the pædobär, which is also the nation's favorite main course, and its national religion is Benism.

The Seven Provinces is ranked 1,584th in the world and 26th in Europe for Most Rebellious Youth, scoring 63 on the Stark-Dean Displacement Index.

Why are we hear,