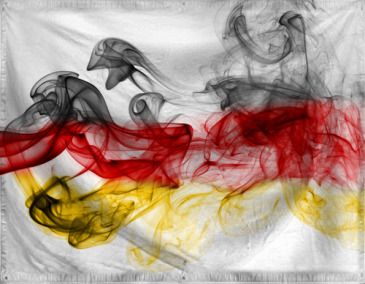 The Left-Leaning College State of Nova Prussia is a gargantuan, socially progressive nation, ruled by Karl Ranseier with an even hand, and renowned for its ban on automobiles, keen interest in outer space, and stringent health and safety legislation. The compassionate, cheerful population of 30.34 billion Nova Prussians enjoy extensive civil freedoms, particularly in social issues, while business tends to be more regulated.

The large government is primarily concerned with Education, with Healthcare, Environment, and Social Policy also on the agenda, while Spirituality and Law & Order aren't funded at all. It meets to discuss matters of state in the capital city of New Berlin. The average income tax rate is 77.1%, and even higher for the wealthy.

The frighteningly efficient Nova Prussian economy, worth a remarkable 4,713 trillion Talers a year, is driven entirely by a combination of government and state-owned industry, with private enterprise illegal. However, for those in the know, there is an enormous, deeply entrenched, extremely specialized black market in Book Publishing. The private sector mostly consists of enterprising ten-year-olds selling lemonade on the sidewalk, but the government is looking at stamping this out. Average income is an impressive 155,354 Talers, and distributed extremely evenly, with little difference between the richest and poorest citizens.

There's a mortuary next to every Nova Prussian restaurant, the national anthem is a rather effective sleeping aid, becoming a missionary is a sure-fire route to martyrdom, and cash-strapped junkies lick rabbits for a cheap high. Crime, especially youth-related, is all-pervasive, probably because of the absence of a police force. Nova Prussia's national animal is the Eagle, which is also the nation's favorite main course, and its national religion is Protestantism.

Nova Prussia is ranked 259,382nd in the world and 1,076th in Europe for Largest Gambling Industry, scoring -15.51 on the Kelly Criterion Productivity Index.