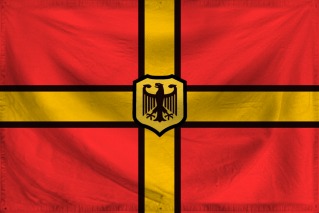 The Empire of North Batica is a colossal, orderly nation, ruled by Imperator Frederick II with an iron fist, and remarkable for its frequent executions, triple-decker prams, and punitive income tax rates. The hard-working, cynical population of 9.816 billion North Baticans are ruled by a mostly-benevolent dictator, who grants the populace the freedom to live their own lives but watches carefully for anyone to slip up.

The large, corrupt government juggles the competing demands of Healthcare, Education, and Environment. It meets to discuss matters of state in the capital city of Fontina. The average income tax rate is 77.1%, and even higher for the wealthy.

The frighteningly efficient North Batican economy, worth a remarkable 1,045 trillion Batican Marks a year, is led by the Information Technology industry, with major contributions from Tourism, Arms Manufacturing, and Cheese Exports. State-owned companies are reasonably common. Average income is an impressive 106,481 Batican Marks, and evenly distributed, with the richest citizens earning only 2.2 times as much as the poorest.

War vets look after war animals, space research funding has hit a recent high while several military bases are being closed down, the nation's museums are real penny-pinchers, and mystics are claiming that a simultaneous rise in scepticism and education budgets is correlation rather than causation. Crime, especially youth-related, is totally unknown, thanks to a well-funded police force and progressive social policies in education and welfare. North Batica's national animal is the Eagle, which soars majestically through the nation's famously clear skies.

North Batica is ranked 179,635th in the world and 784th in Europe for Largest Retail Industry, scoring -1.67 on the Shrinkwrap Consignment Productivity Index.