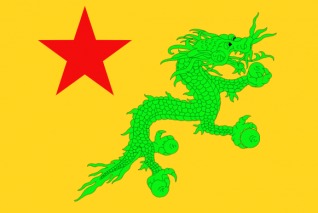 The Democratic Republic of Shenny is a colossal, safe nation, renowned for its free-roaming dinosaurs, soft-spoken computers, and complete lack of prisons. The compassionate, hard-working population of 7.657 billion Shennyians have some civil rights, but not too many, enjoy the freedom to spend their money however they like, to a point, and take part in free and open elections, although not too often.

The medium-sized, corrupt government prioritizes Education, with Industry, Healthcare, and Administration also on the agenda, while Spirituality and Defense are ignored. It meets to discuss matters of state in the capital city of Yneg. The average income tax rate is 95.6%.

The frighteningly efficient Shennyian economy, worth a remarkable 2,136 trillion shennyzes a year, is driven entirely by a combination of government and state-owned industry, with private enterprise illegal. The industrial sector, which is broadly diversified, is led by the Information Technology industry, with significant contributions from Tourism, Book Publishing, and Basket Weaving. Average income is an amazing 278,976 shennyzes, and evenly distributed, with the richest citizens earning only 2.1 times as much as the poorest.

Fewer people are bathing as citizens must show ration stamps before they can turn on their faucets, the Supreme Court vehemently protects civil rights and the right to privacy, waste is frequently shipped to other countries, and roads are often attended by round-the-clock construction crews. Crime, especially youth-related, is totally unknown, thanks to a capable police force and progressive social policies in education and welfare. Shenny's national animal is the green eye dragon, which soars majestically through the nation's famously clear skies.

Shenny is ranked 254,347th in the world and 1,223rd in Europe for Most Rebellious Youth, scoring -31 on the Stark-Dean Displacement Index.