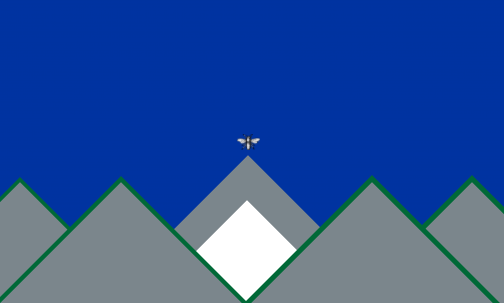 The Most Serene Zombie Republic of Battadia is a massive, genial nation, ruled by Hermann Schlott with an even hand, and notable for its museums and concert halls, state-planned economy, and irreverence towards religion. The compassionate, democratic population of 3.29 billion Battadians are fiercely patriotic and enjoy great social equality; they tend to view other, more capitalist countries as somewhat immoral and corrupt.

The enormous, socially-minded government juggles the competing demands of Education, Administration, and Healthcare. It meets to discuss matters of state in the capital city of Saydt. The average income tax rate is 98.6%.

The frighteningly efficient Battadian economy, worth 537 trillion guiders a year, is driven entirely by a combination of government and state-owned industry, with private enterprise illegal. The industrial sector, which is quite specialized, is mostly made up of the Information Technology industry, with significant contributions from Tourism. Average income is an impressive 163,323 guiders, and distributed extremely evenly, with practically no difference between the richest and poorest citizens.

Some people will do literally anything to be in the spotlight, it takes at least three to tango, science fiction invariably depicts socialist societies as Utopian, and prenuptial contracts have replaced diamond rings in marriage proposals. Crime, especially youth-related, is totally unknown, thanks to a very well-funded police force and progressive social policies in education and welfare. Battadia's national animal is the cow, which frolics freely in the nation's many lush forests.

Battadia is ranked 267,449th in the world and 134th in Force for Largest Retail Industry, scoring -27.11 on the Shrinkwrap Consignment Productivity Index.