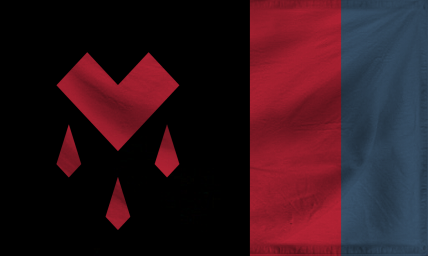 The Holy People's Empire of Thaltopia is a colossal, orderly nation, ruled by His Holiest Emperor Thalt with an iron fist, and remarkable for its keen interest in outer space, zero percent divorce rate, and compulsory gun ownership. The hard-nosed, hard-working, cynical, humorless, devout population of 6.102 billion Thaltians are ruled with an iron fist by the corrupt, dictatorship government, which oppresses anyone who isn't on the board of a Fortune 500 company. Large corporations tend to be above the law, and use their financial clout to gain ever-increasing government benefits at the expense of the poor and unemployed.

The relatively small, corrupt, moralistic, pro-business, well-organized government juggles the competing demands of Defense, Industry, and Spirituality. It meets to discuss matters of state in the capital city of Thaltovgrad. Citizens pay a flat income tax of 33.2%.

The frighteningly efficient Thaltopian economy, worth a remarkable 1,620 trillion Emperian Credits a year, is broadly diversified and led by the Arms Manufacturing industry, with major contributions from Retail, Uranium Mining, and Soda Sales. Black market activity is rampant. Average income is an amazing 265,487 Emperian Credits, but there is a vast disparity between incomes, with the richest 10% of citizens earning 2,444,746 per year while the poor average 2,927, a ratio of 835 to 1.

The diplomatic corps stinks, people regularly disappear off the streets and all evidence of them is destroyed, public shaming has become the favoured form of punishment, and citizens finish cleaning up after the annual National Treasure Hunt just in time for the next one. Crime, especially youth-related, is almost non-existent, thanks to a capable police force. Thaltopia's national animal is the Eagle, which is also the nation's favorite main course, and its national religion is Thaltism.

Thaltopia is ranked 2,639th in the world and 10th in Lands End for Largest Manufacturing Sector, scoring 56,663.76 on the Gooback-Jerbs Productivity Index.