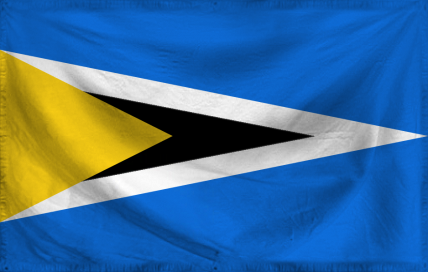 The Federation of Ruwan Islands is a massive, cultured nation, ruled by Deppie Waikiki with an even hand, and remarkable for its museums and concert halls, sprawling nuclear power plants, and stringent health and safety legislation. The compassionate population of 1.866 billion Ruwan Islandsians are fiercely patriotic and enjoy great social equality; they tend to view other, more capitalist countries as somewhat immoral and corrupt.

The large government juggles the competing demands of Education, Administration, and Healthcare. It meets to discuss matters of state in the capital city of Ruwan City. The average income tax rate is 95.6%.

The frighteningly efficient Ruwan Islandsian economy, worth 331 trillion Ruwan Shells a year, is driven entirely by a combination of government and state-owned industry, with private enterprise illegal. The industrial sector is led by the Information Technology industry, with significant contributions from Tourism, Book Publishing, and Trout Farming. Average income is an impressive 177,457 Ruwan Shells, and distributed extremely evenly, with little difference between the richest and poorest citizens.

The government is promoting multicultural values with the new 'Just Be Nice, OK?' initiative, glamping Ruwan Islandsians won't sleep in a tent that doesn't include a Jacuzzi, octogenarian swimsuit models insist that they've still got it, and anti-government web sites are springing up. Crime, especially youth-related, is totally unknown, thanks to a capable police force and progressive social policies in education and welfare. Ruwan Islands's national animal is the Threadfin, which frolics freely in the nation's many lush forests, and its national religion is Analogism.

Ruwan Islands is ranked 5,596th in the world and 7th in Lands End for Smartest Citizens, with 121.43 quips per hour.