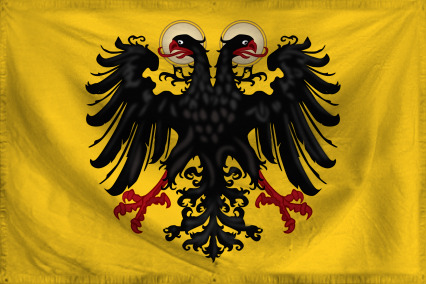 The Second Iteration of Biggonian Megaist Empire is a massive, cultured nation, ruled by Emperor with an iron fist, and remarkable for its pith helmet sales, ubiquitous missile silos, and aversion to nipples. The hard-nosed, cynical, humorless, devout population of 4.214 billion Biggonians are kept under strict control by the oppressive government, which measures its success by the nation's GDP and refers to individual citizens as "human resources."

The medium-sized, corrupt, moralistic, well-organized government prioritizes Defense, with Law & Order, Industry, and Administration also on the agenda, while Social Policy and International Aid receive no funds. It meets to discuss matters of state in the capital city of Ivasburg. Citizens pay a flat income tax of 79.7%.

The frighteningly efficient Biggonian Megaist Empirean economy, worth a remarkable 1,421 trillion Florins a year, is broadly diversified and mostly comprised of black market activity, especially in Arms Manufacturing, Information Technology, Tourism, and Retail. State-owned companies are reasonably common. Average income is an amazing 337,428 Florins, but there is a significant disparity between incomes, with the richest 10% of citizens earning 1,145,886 per year while the poor average 73,305, a ratio of 15.6 to 1.

Hunters often become the hunted, citizens have an obligation to remain silent and anything they say may be used against them, it is illegal for a parent to tell a child to stop eating their boogers, and the military invades any neighboring nation with the gall to criticize its policies. Crime, especially youth-related, is totally unknown, thanks to a well-funded police force and progressive social policies in education and welfare. Biggonian Megaist Empire's national animal is the Peasant, which is also the nation's favorite main course, and its national religion is Cult of Personality.

Biggonian Megaist Empire is ranked 47,063rd in the world and 66th in Lands End for Most Beautiful Environments, with 671.76 pounds of wildlife per square mile.