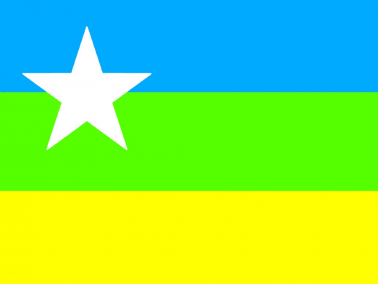 The Kingdom of Micalandia is a massive, environmentally stunning nation, ruled by Didagg with an even hand, and notable for its stringent health and safety legislation. The devout population of 2.788 billion Micalandians have some civil rights, but not too many, enjoy the freedom to spend their money however they like, to a point, and take part in free and open elections, although not too often.

The large government juggles the competing demands of Healthcare, Education, and Administration. It meets to discuss matters of state in the capital city of Didagglandia. The average income tax rate is 44.8%, but much higher for the wealthy.

The Micalandian economy, worth 139 trillion Micenseses a year, is led by the Trout Farming industry, with major contributions from Book Publishing, Uranium Mining, and Basket Weaving. State-owned companies are common. Average income is 50,122 Micenseses, and distributed extremely evenly, with little difference between the richest and poorest citizens.

Polling place volunteers are suddenly opening a huge number of offshore bank accounts, teams of painters are converting road signs from horse lengths to kilometers, educators and parents alike are allowing children to view the internet again after violent videos were purged, and artists attempt to convince the Hardship Fund that their unmade bed is a masterpiece. Crime, especially youth-related, is totally unknown, thanks to a capable police force and progressive social policies in education and welfare. Micalandia's national animal is the Cat, which frolics freely in the nation's many lush forests, and its national religion is Bisijean.

Micalandia is ranked 41,519th in the world and 89th in Lands End for Smartest Citizens, with 41.34 quips per hour.