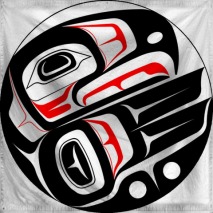 The Empire of Silap Inua is a gargantuan, efficient nation, ruled by Kraz Margi with an even hand, and renowned for its smutty television, rampant corporate plagiarism, and daily referendums. The compassionate population of 25.686 billion Silap Inuans have some civil rights, but not too many, enjoy the freedom to spend their money however they like, to a point, and take part in free and open elections, although not too often.

The relatively small, corrupt government prioritizes Education, although Environment, Social Policy, and Healthcare are also considered important, while Spirituality receives no funds. It meets to discuss matters of state in the capital city of Wiwilemek. The average income tax rate is 6.9%, but much higher for the wealthy.

The thriving Silap Inuan economy, worth a remarkable 4,212 trillion moisties a year, is fairly diversified and led by the Information Technology industry, with significant contributions from Tourism, Arms Manufacturing, and Book Publishing. State-owned companies are common. Average income is an impressive 164,015 moisties, and distributed extremely evenly, with little difference between the richest and poorest citizens.

Stern tutting by international commentators has persuaded Silap Inua to disarm, manufacturers of biodegradable plastics have to wait for months to show evidence of organic decomposition, prudishness is on the way out, and politicians constantly ring their voters to remind them how good a job they're doing. Crime, especially youth-related, is totally unknown. Silap Inua's national animal is the whalehawk, which is also the nation's favorite main course.

Silap Inua is ranked 200,526th in the world and 6,492nd in the Rejected Realms for Greatest Rich-Poor Divides, with 1.59 Rich To Poor Income Ratio.