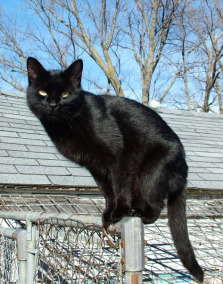 The Catochristoferson WA Puppet of Cato2 is a massive, cultured nation, ruled by Dude Ravioli with a fair hand, and renowned for its museums and concert halls, keen interest in outer space, and punitive income tax rates. The compassionate, democratic population of 4.397 billion Lawless Criminals are free to do what they want with their own bodies, and vote for whomever they like in elections; if they go into business, however, they are regulated to within an inch of their lives.

The enormous, liberal, outspoken government juggles the competing demands of Education, Healthcare, and Administration. It meets to discuss matters of state in the capital city of a Trailer Park. The average income tax rate is 77.5%, and even higher for the wealthy.

The large but inefficient Lawless Criminal economy, worth 213 trillion Silver Dollars a year, is driven entirely by a combination of government and state-owned industry, with private enterprise illegal. However, for those in the know, there is a slick, highly efficient, highly specialized black market in Information Technology, Tourism, and Pizza Delivery. The private sector mostly consists of enterprising ten-year-olds selling lemonade on the sidewalk, but the government is looking at stamping this out. Average income is 48,490 Silver Dollars, and distributed extremely evenly, with little difference between the richest and poorest citizens.

There's a hole in the heart of every Lawless Criminal city, exorbitant spending on icebreakers breaks the ice at every budget meeting, being Dude Ravioli has been voted one of the top ten most dangerous jobs, and interest in globalism never flags. Crime, especially youth-related, is moderate, perhaps because of the country's complete lack of prisons. Cato2's national animal is the Black Cat, which frolics freely in the nation's many lush forests, and its national religion is Devil Worshipping.

Cato2 is ranked 256,480th in the world and 903rd in Europeia for Largest Retail Industry, scoring -12.39 on the Shrinkwrap Consignment Productivity Index.

Tital Mania, and 56 others.

Kingdom of Ones Heart,