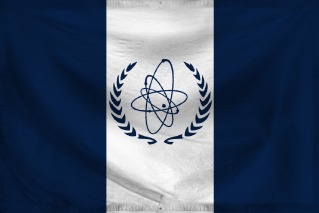 The Republic of Scientia Major is a gargantuan, socially progressive nation, ruled by Council of the Republic with a fair hand, and renowned for its museums and concert halls, anti-smoking policies, and smutty television. The compassionate, democratic, humorless population of 18.662 billion Scientians love a good election, and the government gives them plenty of them. Universities tend to be full of students debating the merits of various civil and political rights, while businesses are tightly regulated and the wealthy viewed with suspicion.

The medium-sized government juggles the competing demands of Education, Healthcare, and Environment. It meets to discuss matters of state in the capital city of Elysion. The average income tax rate is 68.5%, and even higher for the wealthy.

The frighteningly efficient Scientian economy, worth a remarkable 2,620 trillion scients a year, is highly specialized and led by the Tourism industry, with major contributions from Information Technology, Book Publishing, and Cheese Exports. State-owned companies are common. Average income is an impressive 140,424 scients, and distributed extremely evenly, with little difference between the richest and poorest citizens.

The official Scientian Phrase Book weighs as much as a small child, increasing inclusiveness is a sign of the times, there's a politician called Male Infant McDuck, and agreeing to appear on TV is often the best way to access social care. Crime is totally unknown, thanks to a capable police force and progressive social policies in education and welfare. Scientia Major's national animal is the Scientian stag, which frolics freely in the nation's many lush forests.

Scientia Major is ranked 250,904th in the world and 255th in Capitalist Paradise for Largest Pizza Delivery Sector, scoring -18.69 on the Pepperoni Propulsion Productivity Index.