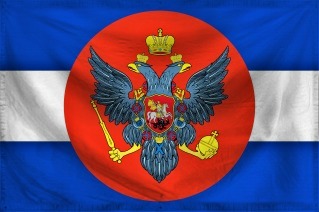 The Constitutional Empire of Zurkerx is a gargantuan, efficient nation, ruled by President Dmitri Covasku III with a fair hand, and renowned for its rum-swilling pirates, free-roaming dinosaurs, and flagrant waste-dumping. The hard-nosed, hard-working, democratic, humorless population of 22.458 billion Zurks live in a state of perpetual fear, as a complete breakdown of social order has led to the rise of order through biker gangs.

The minute, corrupt, liberal, pro-business government, or what there is of one, is primarily concerned with Defense, although Industry and Education are also considered important, while Environment and Welfare are ignored. It meets to discuss matters of state in the capital city of Moskova. Income tax is unheard of.

The frighteningly efficient Zurk economy, worth an astonishing 14,235 trillion Zureus a year, is driven almost entirely by the private sector, which is broadly diversified and led by the Information Technology industry, with significant contributions from Retail, Soda Sales, and Gambling. Average income is a breathtaking 633,854 Zureus, but there is a large disparity between incomes, with the richest 10% of citizens earning 3,058,041 per year while the poor average 76,384, a ratio of 40.0 to 1.

Pilots always remember to send their doctors a Maxxmas card, ministers browse Alright! magazine for fashion tips, kindergartners' favourite dance move is the stop-drop-and-roll, and asking 'does my bum look big in this?' leads to 30 hours of self-esteem classes. Crime, especially youth-related, is so common that it is unusual to encounter someone following the law, perhaps because of the country's complete lack of prisons. Zurkerx's national animal is the Buffalo, which is also the nation's favorite main course, and its national religion is Atheism.

Zurkerx is ranked 42nd in the world and 1st in Zentari for Rudest Citizens, with 1,230.36 Insults Per Minute.