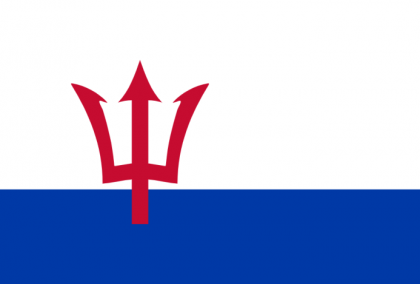 The Trade Federation of The Tribia is a massive, efficient nation, ruled by William Valdez with an iron fist, and renowned for its infamous sell-swords, national health service, and punitive income tax rates. The hard-nosed, hard-working, cynical, humorless, devout population of 3.429 billion Tribians are kept under strict control by the oppressive government, which measures its success by the nation's GDP and refers to individual citizens as "human resources."

The large, corrupt, moralistic, well-organized government is primarily concerned with Defense, although Law & Order, Healthcare, and Education are also considered important, while International Aid and Social Policy receive no funds. It meets to discuss matters of state in the capital city of Brison. The average income tax rate is 83.4%, and even higher for the wealthy.

The frighteningly efficient Tribian economy, worth 592 trillion Tribian Dollars a year, is mostly made up of the Arms Manufacturing industry, with significant contributions from Information Technology and Uranium Mining. Black market activity is rampant. State-owned companies are reasonably common. Average income is an impressive 172,752 Tribian Dollars, and evenly distributed, with the richest citizens earning only 2.6 times as much as the poorest.

One-man canoes fitted with the latest tracking technology leave no room for one man, The Tribia is increasingly belligerent on the international stage, at the edge of the final frontier space's biggest missile platform is about to unfold, and the nation has always been at war with Moltovea. Crime, especially youth-related, is totally unknown, thanks to a very well-funded police force and progressive social policies in education and welfare. The Tribia's national animal is the Small-Mouth Bass, which teeters on the brink of extinction due to widespread deforestation, and its national religion is Valdezism.

The Tribia is ranked 224,150th in the world and 153rd in Lands End for Largest Welfare Programs, scoring 60.39 on the Safety Net Mesh Density Rating.

Most Recent Government Activity: 81 minutes ago

United Peoples of Flowers, and