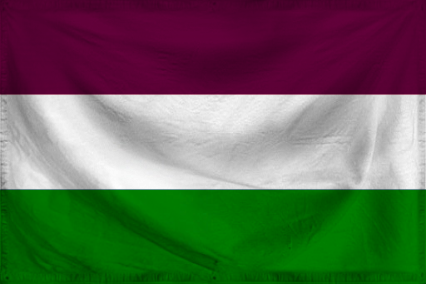 The Free Republic of Knootoss is a gargantuan, efficient nation, ruled by Prime Minister Charlotte van Jonkervelde with a fair hand, and remarkable for its museums and concert halls, pith helmet sales, and keen interest in outer space. The hard-nosed, hard-working, democratic, cheerful population of 41.159 billion Knootians hold their civil and political rights very dear, although the wealthy and those in business tend to be viewed with suspicion.

The relatively small, corrupt, liberal, outspoken government is primarily concerned with Education, with Defense and Healthcare also on the agenda, while Spirituality and Environment aren't funded at all. It meets to discuss matters of state in the capital city of Hartstad. The average income tax rate is 15.3%, but much higher for the wealthy.

The frighteningly efficient Knootian economy, worth an astonishing 19,416 trillion Atlantic Ducats a year, is broadly diversified and dominated by the Information Technology industry, with significant contributions from Book Publishing, Soda Sales, and Retail. Average income is an amazing 471,748 Atlantic Ducats, and evenly distributed, with the richest citizens earning only 2.0 times as much as the poorest.

A government program is underway to revitalize Knootoss's beaches, 'To Regulate And Beyond' is the unofficial motto of the Knootian Space Agency, the national security service are a bunch of crooks, and advertisers scramble to sponsor the broadcast of Prime Minister Charlotte van Jonkervelde's most personal functions. Crime is totally unknown. Knootoss's national animal is the silver gull, which teeters on the brink of extinction due to toxic air pollution.

Knootoss is ranked 26,806th in the world and 6th in Western Atlantic for Largest Welfare Programs, scoring 2,792.25 on the Safety Net Mesh Density Rating.