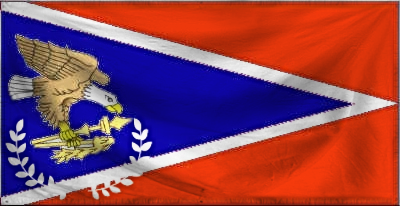 The Dominion of Upper Virginia is a gargantuan, safe nation, ruled by Alex Holmes with an even hand, and notable for its daily referendums, keen interest in outer space, and complete absence of social welfare. The hard-nosed, humorless, devout population of 27.079 billion Upper Virginians are fiercely patriotic and enjoy great social equality; they tend to view other, more capitalist countries as somewhat immoral and corrupt.

The minute government, or what there is of one, is dominated by the Department of Law & Order, with Industry also on the agenda, while Environment and Social Policy receive no funds. It meets to discuss matters of state in the capital city of Courtland. The average income tax rate is 1.8%, but much higher for the wealthy.

The frighteningly efficient Upper Virginian economy, worth a remarkable 5,427 trillion Dominion Sovs a year, is broadly diversified and led by the Uranium Mining industry, with major contributions from Information Technology, Arms Manufacturing, and Woodchip Exports. State-owned companies are common. Average income is an amazing 200,448 Dominion Sovs, and evenly distributed, with the richest citizens earning only 2.3 times as much as the poorest.

Replacement organs are grown in vats, scenic beaches are now protected by massive concrete walls, coffee-addicted citizens look forward to baristas getting their name wrong at local coffee shops, and drug lords often avoid prison time by teaching "chemistry" classes to underprivileged youth. Crime, especially youth-related, is totally unknown, thanks to a well-funded police force. Upper Virginia's national animal is the eagle, which teeters on the brink of extinction due to toxic air pollution.

Upper Virginia is ranked 24,468th in the world and 6th in Western Atlantic for Most Developed, scoring 80.69 on the Human Development Index.