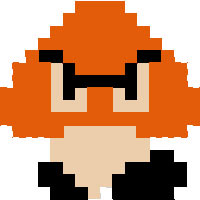 The Mail is Trash of Ultimo Pwnage is a gargantuan, genial nation, renowned for its daily referendums, anti-smoking policies, and punitive income tax rates. The hard-working, democratic, devout population of 33.922 billion Ultimo Pwnageans hold their civil and political rights very dear, although the wealthy and those in business tend to be viewed with suspicion.

The government — a sprawling, bureaucracy-choked, liberal morass — juggles the competing demands of Education, Welfare, and Social Policy. The average income tax rate is 79.2%, and even higher for the wealthy.

The very strong Ultimo Pwnagean economy, worth a remarkable 1,942 trillion areyoustillreadings a year, is highly specialized and led by the Gambling industry, with major contributions from Book Publishing and Automobile Manufacturing. Average income is 57,271 areyoustillreadings, and evenly distributed, with the richest citizens earning only 2.7 times as much as the poorest.

The nation is ravaged by daily union strikes, teenagers across the country are celebrating the defeat of a national curfew bill, 'The Anti-Government Hour' is a popular programme on many of Ultimo Pwnage's radio stations, and in a fit of passion Leader has shredded thirty years' worth of petitions. Crime is relatively low, thanks to a capable police force and progressive social policies in education and welfare. Ultimo Pwnage's national animal is the ifyoureadthisyousuck, which frolics freely in the nation's many lush forests.

Ultimo Pwnage is ranked 84,020th in the world and 4th in Nintendo for Most Extreme, scoring 21.49 on the Paul-Nader Subjective Decentrality Index.