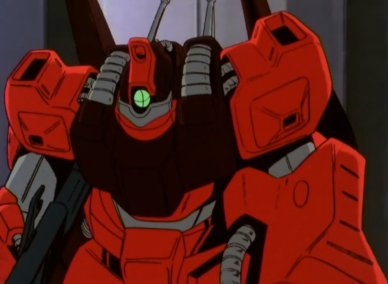 The GUNDAM-adjacent Rick Dias of Jetan is a gargantuan, safe nation, ruled by Jeddak Odysseus Carter with an iron fist, and notable for its zero percent divorce rate, irreverence towards religion, and absence of drug laws. The cynical population of 23.666 billion Jetanese are ruled by a mostly-benevolent dictator, who grants the populace the freedom to live their own lives but watches carefully for anyone to slip up.

The large, corrupt government juggles the competing demands of Defense, Education, and Administration. It meets to discuss matters of state in the capital city of Thark. The average income tax rate is 96.7%.

The frighteningly efficient Jetanese economy, worth a remarkable 5,176 trillion Jetanian Marks a year, is led by the Information Technology industry, with significant contributions from Arms Manufacturing, Book Publishing, and Tourism. State-owned companies are reasonably common. Average income is an amazing 218,747 Jetanian Marks, and distributed extremely evenly, with little difference between the richest and poorest citizens.

Handling people's data is proving an immersive experience, wealthy pranksters dump refuse on unsuspecting citizens from up high, high school band practice is often crashed by technicolor-clad ravers, and the new Liquor Legitimacy Office is besieged with job applications from people who have experience in "statistical sampling methods". Crime, especially youth-related, is totally unknown, thanks to a well-funded police force and progressive social policies in education and welfare. Jetan's national animal is the Thoat, which is also the nation's favorite main course.

Jetan is ranked 261,651st in the world and 3rd in Alyr for Largest Retail Industry, scoring -16.2 on the Shrinkwrap Consignment Productivity Index.

Most Recent Government Activity: 2 days ago