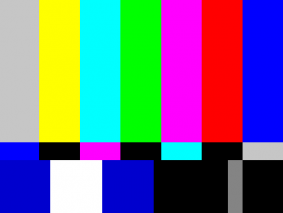 The Medicine Cabinet of THX1138 is a gargantuan, genial nation, ruled by bowloftoast with an even hand, and notable for its infamous sell-swords, punitive income tax rates, and devotion to social welfare. The compassionate, democratic, cheerful population of 16.94 billion THX1138sters are fiercely patriotic and enjoy great social equality; they tend to view other, more capitalist countries as somewhat immoral and corrupt.

The medium-sized, socially-minded government juggles the competing demands of Education, Environment, and Administration. It meets to discuss matters of state in the capital city of Lucas. The average income tax rate is 98.4%.

The frighteningly efficient THX1138ian economy, worth a remarkable 4,886 trillion Clangs a year, is driven entirely by a combination of government and state-owned industry, with private enterprise illegal. The industrial sector, which is quite specialized, is led by the Tourism industry, with significant contributions from Information Technology, Book Publishing, and Furniture Restoration. Average income is an amazing 288,479 Clangs, and distributed extremely evenly, with practically no difference between the richest and poorest citizens.

Family isn't who you're born with but who you abandon in foreign countries, THX1138 is notorious for its citizens' infidelity, broken suspension systems are giving auto repair shops plenty of business, and lobster tastes best when it is red. Crime is totally unknown. THX1138's national animal is the Cuttlefish, which frolics freely in the nation's sparkling oceans, and its national religion is a healthy lack thereof.

Most Recent Government Activity: 34 minutes ago