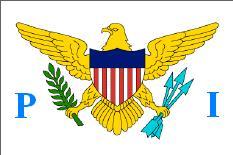 The Republic of Pontbridge is a gargantuan, cultured nation, ruled by Stylesjl with a fair hand, and remarkable for its sprawling nuclear power plants, pith helmet sales, and ubiquitous missile silos. The compassionate, hard-working, democratic, cheerful population of 27.296 billion Pontbridgers hold their civil and political rights very dear, although the wealthy and those in business tend to be viewed with suspicion.

The relatively small, liberal, outspoken government prioritizes Education, although Administration, Industry, and Environment are also considered important, while Spirituality receives no funds. It meets to discuss matters of state in the capital city of Pontbridge. The average income tax rate is 77.0%, and even higher for the wealthy.

The frighteningly efficient Pontbridger economy, worth an astonishing 12,321 trillion Credits a year, is fairly diversified and led by the Information Technology industry, with significant contributions from Tourism, Book Publishing, and Retail. Average income is an amazing 451,421 Credits, and evenly distributed, with the richest citizens earning only 2.7 times as much as the poorest.

The Smalltopian embassy doubles as an electoral campaign headquarters, history textbook pages are used as impromptu tissues by distraught students, city rooftops are pockmarked with the shattered remains of high velocity delivery drones, and Pontbridge has become the number one destination for urban exploration in Pontbridge Islands. Crime is totally unknown. Pontbridge's national animal is the Eagle, which soars majestically through the nation's famously clear skies.

Pontbridge is ranked 290th in the world and 4th in Pontbridge Islands for Most Efficient Economies, scoring 101.76 on the Krugman-Greenspan Business Outlook Index.