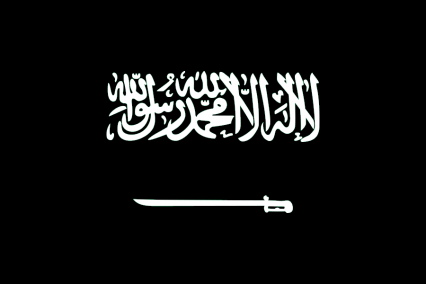 The Caliphate of Paradise is a gargantuan, orderly nation, ruled by Caliph Ahmad Ibn Hanbal with an iron fist, and renowned for its parental licensing program, multi-spousal wedding ceremonies, and public floggings. The hard-nosed, hard-working, cynical, humorless, devout population of 38.731 billion Paradisians are ruled with an iron fist by the corrupt, dictatorship government, which oppresses anyone who isn't on the board of a Fortune 500 company. Large corporations tend to be above the law, and use their financial clout to gain ever-increasing government benefits at the expense of the poor and unemployed.

The relatively small, corrupt, moralistic, pro-business, well-organized government is primarily concerned with Defense, with Law & Order and Spirituality also on the agenda, while Environment and Education are ignored. Citizens pay a flat income tax of 5.4%.

The frighteningly efficient Paradisean economy, worth an astonishing 19,884 trillion riyals a year, is broadly diversified and led by the Uranium Mining industry, with major contributions from Arms Manufacturing, Automobile Manufacturing, and Woodchip Exports. Average income is a breathtaking 513,401 riyals, but there is a vast disparity between incomes, with the richest 10% of citizens earning 4,788,396 per year while the poor average 4,877, a ratio of 981 to 1.

Forecasts predict rains of loose lead and mortar shells for the next six weeks, commuter vessels have trouble staying afloat due to increased passengers, the government has adopted a more thrifty attitude to administrating the country's needs, and the police have reaffirmed their tough stance on drugs. Crime, especially youth-related, is totally unknown, thanks to a capable police force. Paradise's national animal is the desert snake, which is also the nation's favorite main course, and its national religion is Sunni Islam.