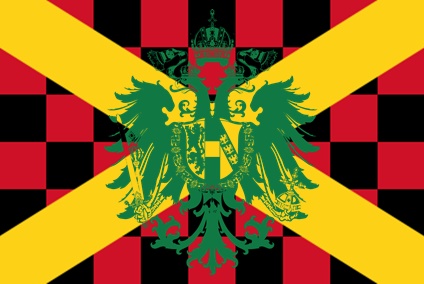 The Telegrams need to go to RO's of New Jermany is a gargantuan, socially progressive nation, ruled by The Orc who owns the bar with an even hand, and renowned for its barren, inhospitable landscape, compulsory gun ownership, and spontaneously combusting cars. The hard-nosed, hard-working population of 13.356 billion Jermans are either ruled by a sleek, efficient government or a conglomerate of multinational corporations; it's difficult to tell which.

The relatively small, pro-business government juggles the competing demands of Industry, Education, and Welfare. It meets to discuss matters of state in the capital city of Böörlin. Citizens pay a flat income tax of 11.0%.

The frighteningly efficient Jerman economy, worth a remarkable 1,463 trillion Hungry Dollars a year, is broadly diversified and led by the Gambling industry, with major contributions from Information Technology, Soda Sales, and Pizza Delivery. Average income is an impressive 109,598 Hungry Dollars, but there is a vast disparity between incomes, with the richest 10% of citizens earning 907,440 per year while the poor average 2,689, a ratio of 337 to 1.

The Smalltopian embassy doubles as an electoral campaign headquarters, randomly bombing neighboring countries has become the new national sport, labour strikes are routinely squashed by police, and Drunkenness has been named as New Jermany's national religion. Crime, especially youth-related, is a problem, with the police force struggling against a lack of funding and a high mortality rate. New Jermany's national animal is the Moody Kestrel, which teeters on the brink of extinction due to toxic air pollution, and its national religion is Drunkenness.

New Jermany is ranked 206,119th in the world and 57th in The Bar on the corner of every region for Most Cheerful Citizens, with 48.52 Percentage Of Water Glasses Perceived Half-Full.