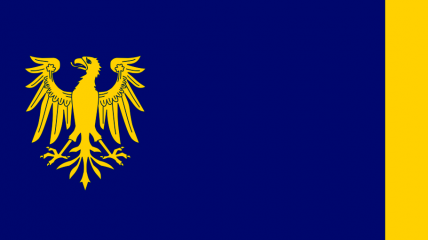 The Crowned Principality of Jruhld is a colossal, environmentally stunning nation, ruled by HRH Prince Jei Ezar with an even hand, and remarkable for its frequent executions, smutty television, and unlimited-speed roads. The hard-nosed, hard-working, humorless population of 6.716 billion Jruhldians have some civil rights, but not too many, enjoy the freedom to spend their money however they like, to a point, and take part in free and open elections, although not too often.

The relatively small, corrupt government juggles the competing demands of Education, Administration, and Industry. It meets to discuss matters of state in the capital city of Shepherd Creek. The average income tax rate is 14.1%.

The frighteningly efficient Jruhldian economy, worth a remarkable 1,584 trillion Jruhld Yen a year, is broadly diversified and led by the Information Technology industry, with major contributions from Tourism, Retail, and Arms Manufacturing. Average income is an amazing 235,948 Jruhld Yen, and evenly distributed, with the richest citizens earning only 3.1 times as much as the poorest.

Citizens must inform the government each time they have a haircut, teenage TV characters are played by thirty-year-olds by the end of the second season, the dessert 'Death by Chocolate' isn't the most lethal dish on the menu, and motorcycle riders are required to wear so much gear they've been nicknamed "Stay Pufts". Crime, especially youth-related, is totally unknown. Jruhld's national animal is the Golden Haired Rooster, which is also the nation's favorite main course, and its national religion is Church of Adonai.

Jruhld is ranked 1,819th in the world and 1st in Ebenezer for Largest Retail Industry, scoring 29,749.23 on the Shrinkwrap Consignment Productivity Index.