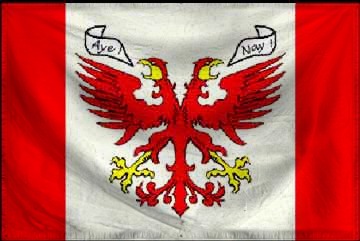 The Duchy of Grand Enwik is a gargantuan, orderly nation, notable for its anti-smoking policies, complete absence of social welfare, and spontaneously combusting cars. The hard-nosed, hard-working, cynical, humorless, devout population of 33.444 billion Grand Enwikians are ruled with an iron fist by the corrupt, dictatorship government, which oppresses anyone who isn't on the board of a Fortune 500 company. Large corporations tend to be above the law, and use their financial clout to gain ever-increasing government benefits at the expense of the poor and unemployed.

The all-consuming Grand Enwikian economy, worth a remarkable 3,992 trillion Pounds a year, is driven almost entirely by the private sector, which is broadly diversified and led by the Arms Manufacturing industry, with major contributions from Automobile Manufacturing, Door-to-door Insurance Sales, and Furniture Restoration. Average income is an impressive 119,364 Pounds, but there is an enormous disparity between incomes, with the richest 10% of citizens earning 646,072 per year while the poor average 11,401, a ratio of 56.7 to 1.

The government extracts trade concessions from poor nations in exchange for humanitarian aid, citizens live in superstitious fear of the mysterious glowing clouds that float over Grand Enwik, children as young as twelve are conscripted into the armed forces, and government police forces protect public schools from the threat of protest. Crime, especially youth-related, is totally unknown, thanks to a capable police force. Grand Enwik's national animal is the Roaring Mouse, which teeters on the brink of extinction due to widespread deforestation.

Most Recent Government Activity: 45 days ago