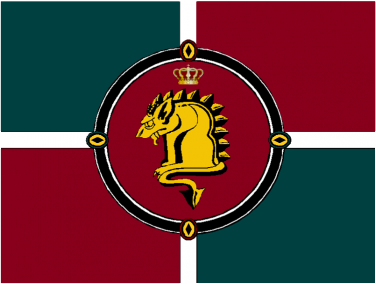 The Empire of Gehenna Tartarus is a gargantuan, safe nation, ruled by Empress Gehenna of Tartarus with an iron fist, and notable for its multi-spousal wedding ceremonies, zero percent divorce rate, and public floggings. The hard-nosed, hard-working, cynical, humorless population of 42.694 billion Tartarians are ruled with an iron fist by the corrupt, dictatorship government, which oppresses anyone who isn't on the board of a Fortune 500 company. Large corporations tend to be above the law, and use their financial clout to gain ever-increasing government benefits at the expense of the poor and unemployed.

The large, corrupt, well-organized government juggles the competing demands of Law & Order, Defense, and Public Transport. It meets to discuss matters of state in the capital city of Erebus. The income tax rate is 100%.

The powerhouse Gehenna Tartarusian economy, worth an astonishing 14,773 trillion Acherons a year, is broadly diversified and led by the Uranium Mining industry, with significant contributions from Arms Manufacturing, Automobile Manufacturing, and Beef-Based Agriculture. Average income is an amazing 346,027 Acherons, but there is a significant disparity between incomes, with the richest 10% of citizens earning 1,205,689 per year while the poor average 72,304, a ratio of 16.7 to 1.

Theoretical science is only theoretical, dog breeding has been banned in accordance with recent animal experimentation laws, citizens live in superstitious fear of the mysterious glowing clouds that float over Gehenna Tartarus, and Pinkerton agents are called in to forcibly break up white collar strikes. Crime, especially youth-related, is totally unknown, thanks to the all-pervasive police force and progressive social policies in education and welfare. Gehenna Tartarus's national animal is the Cerberus, which teeters on the brink of extinction due to widespread deforestation, and its national religion is None.

Gehenna Tartarus is ranked 86,341st in the world and 2nd in Dor Lomin for Largest Gambling Industry, scoring 2,263.31 on the Kelly Criterion Productivity Index.

Most Recent Government Activity: 37 days ago