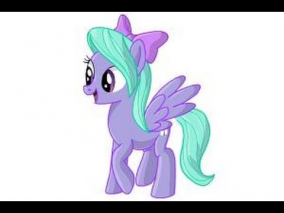 The Skyward Empire of Flitter is a gargantuan, environmentally stunning nation, ruled by Leader with an even hand, and renowned for its complete lack of prisons, punitive income tax rates, and devotion to social welfare. The hard-working population of 13.4 billion pegasi enjoy some of the most opulent lifestyles in the region, unless they are unemployed or working-class, in which case they are variously starving to death or crippled by easily preventable diseases.

The enormous, pro-business government juggles the competing demands of Defense, Welfare, and Education. It meets to discuss matters of state in the capital city of New Canterlot. Citizens pay a flat income tax of 88.1%.

The thriving Equestrian economy, worth a remarkable 1,200 trillion solar bits a year, is driven entirely by a combination of government and state-owned industry, with private enterprise illegal. The industrial sector, which is broadly diversified, is led by the Tourism industry, with significant contributions from Arms Manufacturing, Trout Farming, and Gambling. Average income is 89,621 solar bits, but there is a significant disparity between incomes, with the richest 10% of citizens earning 324,677 per year while the poor average 17,637, a ratio of 18.4 to 1.

Leader's iHouse is so intelligent that it manages its own social media accounts, terrified tympanists are finding themselves on the front lines armed only with kettledrums, graffiti graces every city's streets, and elected officials often serve for decades in a single term. Crime, especially youth-related, is totally unknown, thanks to a well-funded police force and progressive social policies in education and welfare. Flitter's national animal is the Wyvern, which frolics freely in the nation's many lush forests.

Flitter is ranked 25,337th in the world and 6th in Prima Victoria for Most Advanced Law Enforcement, scoring 4,672.84 on the Orwell Orderliness Index.

Dont Call it a Come Back,