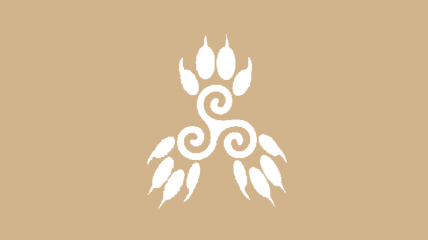 The Coadunate Member State of Ferret Civilization is a gargantuan, socially progressive nation, ruled by HappyBard with a fair hand, and remarkable for its sprawling nuclear power plants, complete lack of prisons, and otherworldly petting zoo. The hard-nosed, hard-working, democratic, humorless population of 14.339 billion Salmagundi live in a state of perpetual fear, as a complete breakdown of social order has led to the rise of order through biker gangs.

There is no government in the normal sense of the word; however, a small group of community-minded, corrupt, liberal, pro-business, outspoken individuals juggles the competing demands of Industry, Education, and Public Transport. It meets to discuss matters of state in the capital city of Haven. Income tax is unheard of.

The frighteningly efficient Salmagundi economy, worth a remarkable 6,331 trillion Dations a year, is driven almost entirely by the private sector, which is broadly diversified and led by the Retail industry, with major contributions from Information Technology, Soda Sales, and Arms Manufacturing. Average income is an amazing 441,548 Dations, but there is a vast disparity between incomes, with the richest 10% of citizens earning 3,089,914 per year while the poor average 21,674, a ratio of 142 to 1.

Jennifer Government is a bestseller, disaster victims are viewed with disdain, Occam's razor has sliced to pieces any childhood belief in Santa Claus and the Tooth Fairy, and saying "don't do anything that HappyBard wouldn't do" doesn't exclude a great deal. Crime, especially youth-related, is so common that it is unusual to encounter someone following the law, perhaps because of the country's complete lack of prisons. Ferret Civilization's national animal is the Livestock, which teeters on the brink of extinction due to widespread deforestation, and its national religion is Theism.

Ferret Civilization is ranked 270,055th in the world and 6th in Weyard for Most Beautiful Environments, with 0.76 pounds of wildlife per square mile.