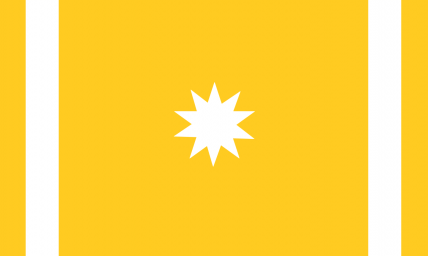 The Autocracy of Entroterranea is a massive, orderly nation, ruled by Gherardo Vigano' with an iron fist, and renowned for its keen interest in outer space, pith helmet sales, and frequent executions. The hard-nosed, cynical population of 1.045 billion Entroterraneans are kept under strict control by the oppressive government, which measures its success by the nation's GDP and refers to individual citizens as "human resources."

The medium-sized, corrupt, well-organized government juggles the competing demands of Defense, Law & Order, and Education. It meets to discuss matters of state in the capital city of Sipania. The average income tax rate is 45.1%.

The powerhouse Entroterranean economy, worth 108 trillion Lire a year, is broadly diversified and led by the Arms Manufacturing industry, with major contributions from Information Technology, Uranium Mining, and Automobile Manufacturing. Average income is an impressive 103,359 Lire, and evenly distributed, with the richest citizens earning only 3.6 times as much as the poorest.

Wars of expansion are described as "peacekeeping operations", five-year-olds chanting "Little Miss Muffet" are accused of bullying arachnophobes, no-one can foil the ambitions of Big Aluminium, and children who believe in the tooth fairy are frequently shipped off to Bigtopia. Crime, especially youth-related, is totally unknown, thanks to a well-funded police force and progressive social policies in education and welfare. Entroterranea's national animal is the Greyhound, which teeters on the brink of extinction due to widespread deforestation.

Entroterranea is ranked 98,652nd in the world and 20th in mutual cooperation alliance for Greatest Rich-Poor Divides, with 3.62 Rich To Poor Income Ratio.