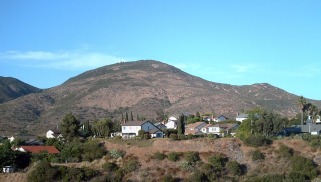 The Regional Park of Cowles Mountain is a gargantuan, cultured nation, ruled by The Park Ranger with a fair hand, and notable for its infamous sell-swords, pith helmet sales, and public floggings. The compassionate, democratic, cheerful population of 10.527 billion Cowles Mountainians love a good election, and the government gives them plenty of them. Universities tend to be full of students debating the merits of various civil and political rights, while businesses are tightly regulated and the wealthy viewed with suspicion.

The large, corrupt, socially-minded government juggles the competing demands of Education, Environment, and Healthcare. It meets to discuss matters of state in the capital city of Cowles Mountain. The average income tax rate is 96.7%.

The frighteningly efficient Cowles Mountainian economy, worth a remarkable 1,864 trillion dollars a year, is driven entirely by a combination of government and state-owned industry, with private enterprise illegal. The industrial sector, which is quite specialized, is led by the Information Technology industry, with major contributions from Book Publishing, Tourism, and Soda Sales. Average income is an impressive 177,137 dollars, and distributed extremely evenly, with little difference between the richest and poorest citizens.

Space shuttles regularly launch rubbish into space, young people suspect their parents might be a little bit stupid, leather-clad individuals can be seen walking their slaves in public parks, and Coyote is one of the most popular forenames in Cowles Mountain. Crime is totally unknown. Cowles Mountain's national animal is the coyote, which frolics freely in the nation's many lush forests, and its national religion is Paganism.

Cowles Mountain is ranked 37,904th in the world and 1st in Mission Trails Regional Park for Most Income Equality, scoring 66.5 on the Marx-Engels Emancipation Scale.