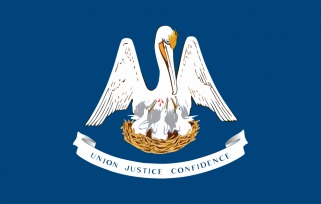 The State of Chandeleur is a gargantuan, efficient nation, notable for its smutty television and absence of drug laws. The hard-working, democratic population of 35.012 billion Chandeleurians hold their civil and political rights very dear, although the wealthy and those in business tend to be viewed with suspicion.

The relatively small, liberal, outspoken government is primarily concerned with Education, with Industry, Spirituality, and Welfare also on the agenda, while International Aid and Administration receive no funds. It meets to discuss matters of state in the capital city of Westminster. Citizens pay a flat income tax of 12.1%.

The very strong Chandeleurian economy, worth a remarkable 1,221 trillion betales a year, is quite specialized and led by the Information Technology industry, with significant contributions from Woodchip Exports, Arms Manufacturing, and Pizza Delivery. Average income is 34,891 betales, with the richest citizens earning 7.5 times as much as the poorest.

Programmes of questionable content are shown at peak-hours, armed police units patrol the roads late at night, child labor has been outlawed, and Chandeleur has designated Westminster as its capital city. Crime is a problem, with the police force struggling against a lack of funding and a high mortality rate. Chandeleur's national animal is the deer, which frolics freely in the nation's many lush forests.

Chandeleur is ranked 64,361st in the world and 2nd in Louisiana for Lowest Overall Tax Burden, scoring 98.77 on the Hayek Index.