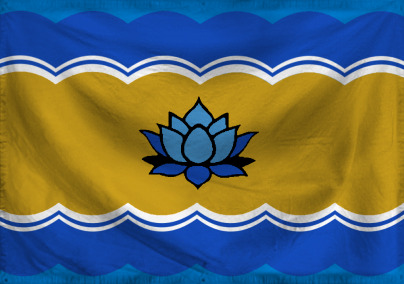 The Thalassocracy of Aquastareite is a massive, safe nation, ruled by King Dolph IV with a fair hand, and remarkable for its museums and concert halls, prohibition of alcohol, and devotion to social welfare. The compassionate, democratic population of 1.697 billion Aquastareiteans love a good election, and the government gives them plenty of them. Universities tend to be full of students debating the merits of various civil and political rights, while businesses are tightly regulated and the wealthy viewed with suspicion.

The large, socially-minded government juggles the competing demands of Administration, Healthcare, and Education. It meets to discuss matters of state in the capital city of Dolphinia. The average income tax rate is 71.6%, and even higher for the wealthy.

The very strong Aquastareitean economy, worth 160 trillion Dolphin Coins a year, is quite specialized and led by the Tourism industry, with significant contributions from Information Technology, Book Publishing, and Trout Farming. State-owned companies are common. Average income is 94,310 Dolphin Coins, and distributed extremely evenly, with little difference between the richest and poorest citizens.

Telling someone to 'break a leg' is considered a criminal inducement to self harm, the official Aquastareitean Phrase Book weighs as much as a small child, a government program is underway to revitalize Aquastareite's beaches, and politicians who vacation in East Lebatuck lose their jobs upon their return. Crime, especially youth-related, is totally unknown, thanks to a well-funded police force and progressive social policies in education and welfare. Aquastareite's national animal is the Dolphin, which frolics freely in the nation's sparkling oceans, and its national religion is Aichism.

Most Recent Government Activity: 56 minutes ago

The Kingdom of Unitaria,