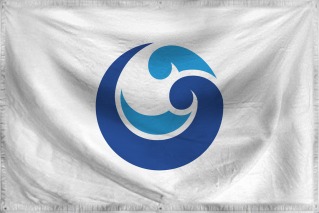 The Empire of Yestel is a gargantuan, cultured nation, ruled by Representative Number 1 with a fair hand, and remarkable for its compulsory military service, anti-smoking policies, and daily referendums. The compassionate, democratic, cheerful population of 10.762 billion Yestelians are free to do what they want with their own bodies, and vote for whomever they like in elections; if they go into business, however, they are regulated to within an inch of their lives.

The large, socially-minded government prioritizes Education, with Defense, Administration, and Environment also on the agenda, while Spirituality and International Aid aren't funded at all. It meets to discuss matters of state in the capital city of Coral Cove. The income tax rate is 100%.

The frighteningly efficient Yestelian economy, worth a remarkable 3,937 trillion 💎 Diamonds a year, is driven entirely by a combination of government and state-owned industry, with private enterprise illegal. The industrial sector, which is quite specialized, is dominated by the Information Technology industry, with significant contributions from Arms Manufacturing, Tourism, and Book Publishing. Average income is an amazing 365,870 💎 Diamonds, and distributed extremely evenly, with practically no difference between the richest and poorest citizens.

Politicians "baring all" for the camera isn't always a figure of speech, generals have trouble barking orders over the sound of thundering artillery, counselors have to sign pledges supporting gay rights before they can speak to any patients, and t-shirts displaying a photo of Representative Number 1 performing the Full-Monty are selling out. Crime, especially youth-related, is totally unknown. Yestel's national animal is the Cow, which frolics freely in the nation's many lush forests.