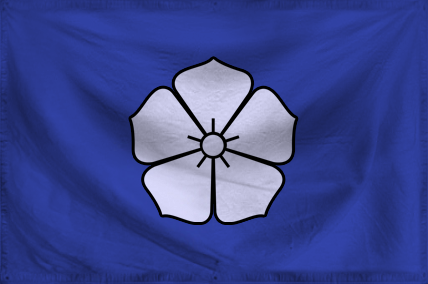 The Kingdom of Xeknos is a massive, environmentally stunning nation, ruled by Queen Yukina I with an even hand, and notable for its ban on automobiles, soft-spoken computers, and devotion to social welfare. The compassionate, cheerful population of 4.372 billion Roselians are fiercely patriotic and enjoy great social equality; they tend to view other, more capitalist countries as somewhat immoral and corrupt.

The large, socially-minded government juggles the competing demands of Education, Administration, and Environment. It meets to discuss matters of state in the capital city of Roselia. The average income tax rate is 92.0%, and even higher for the wealthy.

The frighteningly efficient Roselian economy, worth 590 trillion credits a year, is driven entirely by a combination of government and state-owned industry, with private enterprise illegal. The industrial sector, which is highly specialized, is mostly made up of the Information Technology industry, with significant contributions from Book Publishing. Average income is an impressive 134,956 credits, and distributed extremely evenly, with little difference between the richest and poorest citizens.

The Smalltopian embassy doubles as an electoral campaign headquarters, rare art has become a significant factor in negotiating all foreign trade agreements, viewers get headaches from trying to read the screen full of small print warnings that precede most TV shows, and jabbing a baby's bottle at officials gets parents waved straight through immigration. Crime, especially youth-related, is totally unknown, thanks to a capable police force and progressive social policies in education and welfare. Xeknos's national animal is the tortoise, which frolics freely in the nation's many lush forests.

Xeknos is ranked 70,563rd in the world and 2nd in MPIC for Highest Wealthy Incomes, with 159,141 Standard Monetary Units.

Most Recent Government Activity: 6 minutes ago