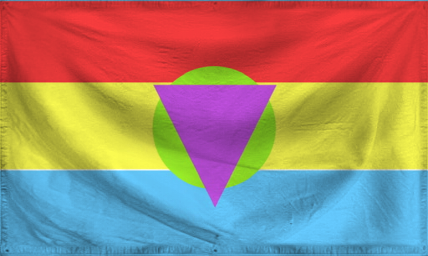 The Peaceful and Adorable Nation of Xaviena is a massive, environmentally stunning nation, ruled by 47th President Vio Purplani with a fair hand, and notable for its museums and concert halls, devotion to social welfare, and stringent health and safety legislation. The compassionate, democratic population of 2.018 billion Xavienans hold their civil and political rights very dear, although the wealthy and those in business tend to be viewed with suspicion.

The medium-sized, liberal, outspoken government prioritizes Education, although Healthcare, Industry, and Administration are also considered important, while Spirituality and Defense receive no funds. It meets to discuss matters of state in the capital city of Scarlioni. The average income tax rate is 48.1%, but much higher for the wealthy.

The frighteningly efficient Xavienan economy, worth 273 trillion Nyens a year, is broadly diversified and led by the Information Technology industry, with major contributions from Tourism, Book Publishing, and Retail. State-owned companies are reasonably common. Average income is an impressive 135,650 Nyens, and evenly distributed, with the richest citizens earning only 2.0 times as much as the poorest.

'To Regulate And Beyond' is the unofficial motto of the Xavienan Space Agency, refugees from other nations are flocking to Xaviena's border, the well-to-do in NationStates are never on time for important appointments, and financial investors are noting a boom in artillery. Crime is totally unknown. Xaviena's national animal is the Anime Pigeon, which soars majestically through the nation's famously clear skies, and its national religion is Kindness Supremism.

Xaviena is ranked 203,704th in the world and 423rd in NationStates for Most Advanced Defense Forces, scoring -17.03 on the Total War Preparedness Rating.