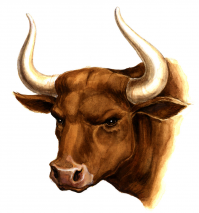 The Free Land of Woon is a gargantuan, safe nation, notable for its compulsory military service. The quiet, industrious population of 16.758 billion Woonians are highly moralistic and fiercely conservative, in the sense that they tend to believe most things should be outlawed. People who have good jobs and work quietly at them are lauded; others are viewed with suspicion.

The medium-sized government juggles the competing demands of Law & Order, Welfare, and Healthcare. The average income tax rate is 27.8%, but much higher for the wealthy.

The Woonian economy, worth 667 trillion Credits a year, is broadly diversified and led by the Trout Farming industry, with major contributions from Book Publishing, Door-to-door Insurance Sales, and Beef-Based Agriculture. State-owned companies are reasonably common. Average income is 39,810 Credits, and evenly distributed, with the richest citizens earning only 2.7 times as much as the poorest.

Citizens are barcoded to keep track of their movements, voting is voluntary, marijuana is legal in the privacy of your own home, and gambling is outlawed. Crime, especially youth-related, is totally unknown, thanks to a capable police force and progressive social policies in education and welfare. Woon's national animal is the Loon, which soars majestically through the nation's famously clear skies.