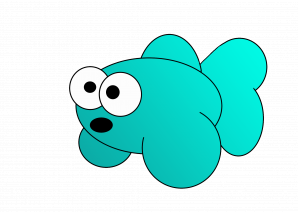 The Superior Nation of Western Berlin is a gargantuan, efficient nation, ruled by That guy with an even hand, and remarkable for its frequent executions, keen interest in outer space, and stringent health and safety legislation. The hard-nosed population of 12.469 billion Western Berlinians have some civil rights, but not too many, enjoy the freedom to spend their money however they like, to a point, and take part in free and open elections, although not too often.

The enormous government juggles the competing demands of Healthcare, Education, and Defense. It meets to discuss matters of state in the capital city of Berlin. The average income tax rate is 73.6%, and even higher for the wealthy.

The powerhouse Western Berlinian economy, worth a remarkable 1,160 trillion Marks a year, is quite specialized and led by the Tourism industry, with major contributions from Information Technology and Arms Manufacturing. State-owned companies are reasonably common. Average income is 93,068 Marks, and distributed extremely evenly, with little difference between the richest and poorest citizens.

Short shrift is being given to applications for political asylum from illegal immigrants, holiday light displays just aren't the same without seizure-inducing strobe effects, the dish 'poisson avec poison' is only available on the black market, and things are looking up for patients accidentally prescribed erectile dysfunction medication. Crime, especially youth-related, is totally unknown, thanks to a well-funded police force and progressive social policies in education and welfare. Western Berlin's national animal is the lynx, which frolics freely in the nation's many lush forests.

Western Berlin is ranked 246,503rd in the world and 1,132nd in Europe for Most Rebellious Youth, scoring -18 on the Stark-Dean Displacement Index.

The Scandinavian Realm, and 71 others.