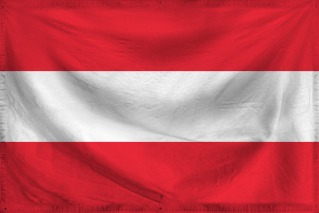 The People's Republic of West Ayrirgica is a massive, orderly nation, remarkable for its compulsory military service, punitive income tax rates, and restrictive gun laws. The cynical population of 2.106 billion West Ayrirgicans are ruled without fear or favor by a psychotic dictator, who outlaws just about everything and refers to the populace as "my little playthings."

The enormous, corrupt, moralistic, socially-minded, well-organized government juggles the competing demands of Welfare, Defense, and Law & Order. The average income tax rate is 74.9%, and even higher for the wealthy.

The sizeable but stagnant West Ayrirgican economy, worth 15.1 trillion deniers a year, is driven entirely by a combination of government and state-owned industry, with private enterprise illegal. The industrial sector is led by the Woodchip Exports industry, with significant contributions from Door-to-door Insurance Sales, Trout Farming, and Information Technology. Average income is 7,163 deniers, and distributed extremely evenly, with practically no difference between the richest and poorest citizens.

Politicians are often found scavenging bins at night to supplement their income, the Ministry of Health has reported a sharp increase in the incidence of delayed menopause, frustrated women are overjoyed at the provision of communal washing machines, and families waiting for delayed pipe installations hope daily for rain. Crime, especially youth-related, is totally unknown, thanks to a very well-funded police force and progressive social policies in education and welfare. West Ayrirgica's national animal is the giraffe, which frolics freely in the nation's many lush forests.