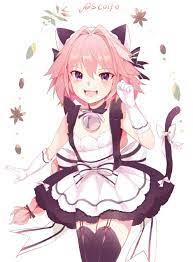 The Makasta of Weebkasta is a massive, orderly nation, renowned for its ritual sacrifices, zero percent divorce rate, and pith helmet sales. The hard-working, cynical population of 1.851 billion Weebkastans are kept under strict control by the oppressive government, which measures its success by the nation's GDP and refers to individual citizens as "human resources."

The relatively small, moralistic government is primarily concerned with Law & Order, although Administration, Industry, and Public Transport are also considered important, while International Aid and Welfare aren't funded at all. Citizens pay a flat income tax of 9.8%.

The very strong Weebkastan economy, worth 113 trillion deniers a year, is led by the Gambling industry, with major contributions from Automobile Manufacturing, Uranium Mining, and Information Technology. Average income is 61,400 deniers, with the richest citizens earning 7.4 times as much as the poorest.

Discrimination on the basis of sexual orientation is illegal, careless Maxémon Trainers have been the cause of numerous search and rescue operations, a PhD just ain't what it used to be, and crayon squiggles were a late addition to the works of the Renaissance Old Masters. Crime is moderate, possibly because it is difficult to make it through a day without breaking one of the country's many regulations. Weebkasta's national animal is the sheep, which teeters on the brink of extinction due to widespread deforestation.

Weebkasta is ranked 101,242nd in the world and 1st in Astolfo for Most Subsidized Industry, scoring 880.74 on the Gilded Widget Scale.