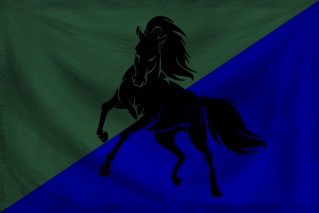 The Borderlands of Vattensund is a colossal, efficient nation, ruled by Kord Motor Company with an even hand, and notable for its pith helmet sales, free-roaming dinosaurs, and ubiquitous missile silos. The hard-nosed, hard-working, humorless population of 9.153 billion Vattensundians are either ruled by a sleek, efficient government or a conglomerate of multinational corporations; it's difficult to tell which.

The tiny, corrupt government juggles the competing demands of Defense, Industry, and Law & Order. It meets to discuss matters of state in the capital city of Haveta. Citizens pay a flat income tax of 3.7%.

The frighteningly efficient Vattensundian economy, worth a remarkable 1,666 trillion kraisens a year, is broadly diversified and led by the Retail industry, with major contributions from Arms Manufacturing, Information Technology, and Gambling. Black market activity is notable. Average income is an impressive 182,107 kraisens, but there is a large disparity between incomes, with the richest 10% of citizens earning 725,179 per year while the poor average 30,804, a ratio of 23.5 to 1.

Bigtopian relations have become a minefield, corporate lobbying has been outlawed, a violent scene on television results in mass mobilization of the National Guard, and citizens are deployed to barren deserts to protect small territorial claims. Crime is pervasive, perhaps because of the country's complete lack of prisons. Vattensund's national animal is the horse, which is also the nation's favorite main course, and its national religion is Profit.

Vattensund is ranked 255,685th in the world and 188th in Capitalist Paradise for Largest Welfare Programs, scoring -18.17 on the Safety Net Mesh Density Rating.