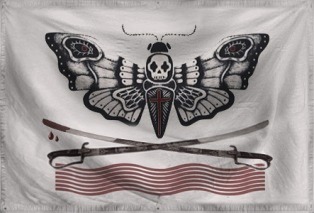 The Watchfires of THL-1 is a gargantuan, safe nation, renowned for its compulsory military service, avant-garde cinema, and restrictive gun laws. The hard-nosed, devout population of 17.5 billion THL-1ians have some civil rights, but not too many, enjoy the freedom to spend their money however they like, to a point, and take part in free and open elections, although not too often.

The large government is primarily concerned with Defense, although Healthcare, Law & Order, and Welfare are also considered important. The average income tax rate is 54.5%, and even higher for the wealthy.

The strong THL-1ian economy, worth a remarkable 1,050 trillion $$s a year, is led by the Tourism industry, with major contributions from Arms Manufacturing, Book Publishing, and Soda Sales. Black market activity is notable. State-owned companies are common. Average income is 60,057 $$s, and distributed extremely evenly, with little difference between the richest and poorest citizens.

Foreigners with shady pasts are fleeing the country, spoiler warnings are now given out before political speeches, boats straying just metres away from the shore will raise the ire of the Coast Guard, and the armed forces are locked in an expensive and bloody war abroad to stamp out possible terrorists. Crime is totally unknown, thanks to a well-funded police force and progressive social policies in education and welfare. THL-1's national animal is the Death's-head Hawkmoth, which soars majestically through the nation's famously clear skies.