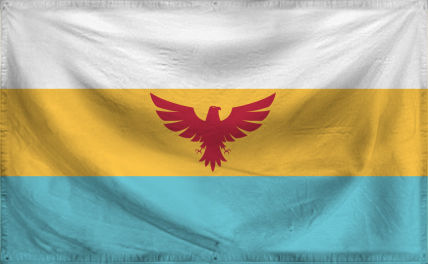 The United Island Republics of of The Zombay is a gargantuan, efficient nation, ruled by Tyros Newman with a fair hand, and remarkable for its flagrant waste-dumping, ubiquitous missile silos, and multi-spousal wedding ceremonies. The hard-nosed, hard-working, democratic, devout population of 15.969 billion Zombayans live in a state of perpetual fear, as a complete breakdown of social order has led to the rise of order through biker gangs.

The medium-sized, corrupt, liberal, pro-business government juggles the competing demands of Industry, Defense, and Law & Order. It meets to discuss matters of state in the capital city of New Réma. Citizens pay a flat income tax of 85.8%.

The frighteningly efficient Zombayan economy, worth a remarkable 3,177 trillion Euros a year, is broadly diversified and led by the Information Technology industry, with major contributions from Book Publishing, Arms Manufacturing, and Automobile Manufacturing. Black market activity is notable. Average income is an impressive 198,988 Euros, but there is a significant disparity between incomes, with the richest 10% of citizens earning 640,014 per year while the poor average 46,859, a ratio of 13.7 to 1.

Lending money has become a major liability, art criticism in The Zombay is scathingly destructive, many friends and relatives of Tyros Newman have been given ambassador jobs in tropical island nations, and sniffer dogs check train passengers for body odour. Crime is totally unknown, thanks to a capable police force and progressive social policies in education and welfare. The Zombay's national animal is the Axolotl, which teeters on the brink of extinction due to heavy metals seepage into national waterways.