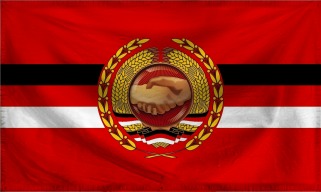 The Social State of The United Roman Reich is a gargantuan, cultured nation, ruled by the Reich Council with an even hand, and notable for its prohibition of alcohol, otherworldly petting zoo, and frequent executions. The compassionate, democratic, humorless population of 17.038 billion Romans have some civil rights, but not too many, enjoy the freedom to spend their money however they like, to a point, and take part in free and open elections, although not too often.

The enormous government juggles the competing demands of Education, Law & Order, and Healthcare. It meets to discuss matters of state in the capital city of New Genéve. The average income tax rate is 98.8%.

The frighteningly efficient Roman economy, worth a remarkable 2,742 trillion Subsidiis a year, is quite specialized and mostly made up of the Information Technology industry, with significant contributions from Beef-Based Agriculture, Uranium Mining, and Arms Manufacturing. Average income is an impressive 160,941 Subsidiis, and distributed extremely evenly, with little difference between the richest and poorest citizens.

The number of judges has tripled in recent months, many aides in the Reich Council's office are known to be serial jaywalkers, citizens can't decide whether to be proud or horrified by the country's colonial history, and young children are learning advanced physics to scientifically disprove the existence of Santa Claus. Crime, especially youth-related, is totally unknown, thanks to the all-pervasive police force and progressive social policies in education and welfare. The United Roman Reich's national animal is the Phoenix, which is also the nation's favorite main course.

The United Roman Reich is ranked 64,478th in the world and 10th in Erchion for Most Income Equality, scoring 53.71 on the Marx-Engels Emancipation Scale.

Most Recent Government Activity: 17 minutes ago