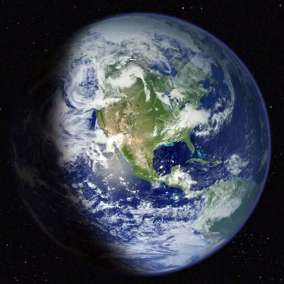 The Federation of The United Earth Planet is a colossal, socially progressive nation, ruled by Kenneth Wescott with a fair hand, and remarkable for its museums and concert halls, soft-spoken computers, and aversion to nipples. The compassionate, democratic population of 7.606 billion Earthlings enjoy extensive civil rights and enjoy a level of social equality free from the usual accompanying government corruption.

The enormous, socially-minded government juggles the competing demands of Administration, Education, and Healthcare. It meets to discuss matters of state in the capital city of San Francisco. The average income tax rate is 96.3%.

The frighteningly efficient Terran economy, worth a remarkable 1,056 trillion Federation Credits a year, is driven entirely by a combination of government and state-owned industry, with private enterprise illegal. The industrial sector, which is highly specialized, is mostly made up of the Information Technology industry, with significant contributions from Book Publishing, Trout Farming, and Tourism. Average income is an impressive 138,942 Federation Credits, and distributed extremely evenly, with practically no difference between the richest and poorest citizens.

A common response to government PSAs is "well, DUH, obviously", soldiers on first dates introduce themselves only by their ranks and serial numbers, wigged-out hunters report playing croquet with the Queen of Hearts, and there's a lot of mouth-breathers about these days. Crime, especially youth-related, is totally unknown, thanks to a well-funded police force and progressive social policies in education and welfare. The United Earth Planet's national animal is the Humpback Whale, which frolics freely in the nation's sparkling oceans, and its national religion is Starfleet.

The United Earth Planet is ranked 299,107th in the world and 150th in United Earth Space Probe Agency for Largest Retail Industry, scoring -22.52 on the Shrinkwrap Consignment Productivity Index.