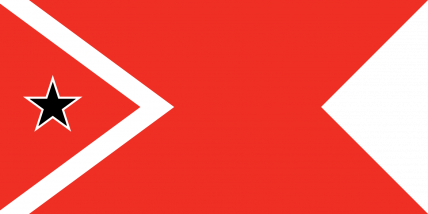 The Allied States of The Ohio River is a huge, safe nation, renowned for its complete lack of prisons, rampant corporate plagiarism, and stringent health and safety legislation. The hard-nosed population of 415 million Riverii are fiercely patriotic and enjoy great social equality; they tend to view other, more capitalist countries as somewhat immoral and corrupt.

The enormous, socially-minded government juggles the competing demands of Education, Defense, and Welfare. It meets to discuss matters of state in the capital city of Greater Cincinnati. The average income tax rate is 80.1%, and even higher for the wealthy.

The Riverian economy, worth 27.4 trillion buckeyes a year, is driven entirely by a combination of government and state-owned industry, with private enterprise illegal. The industrial sector is led by the Information Technology industry, with major contributions from Arms Manufacturing, Book Publishing, and Door-to-door Insurance Sales. Average income is 65,987 buckeyes, and distributed extremely evenly, with practically no difference between the richest and poorest citizens.

A child's only Trickster Night scare is the sight of their parents dancing, traffic cops spend most of their work-hours calculating citizens' monthly income, the government props up questionable pizza establishments in the name of health, and left-wing militias train children how to properly burn down banks. Crime, especially youth-related, is totally unknown, thanks to a well-funded police force and progressive social policies in education and welfare. The Ohio River's national animal is the cardinal, which frolics freely in the nation's many lush forests.

The Ohio River is ranked 33,451st in the world and 4th in Astarntos for Highest Poor Incomes, with 56,590.32 Standard Monetary Units.