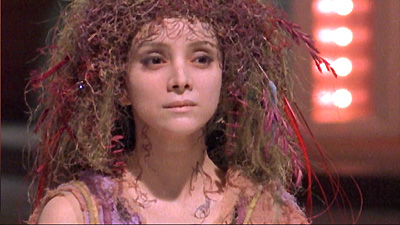 The Peaceful Fairy-like People of The Nox is a gargantuan, safe nation, ruled by Nox Council with an even hand, and remarkable for its multi-spousal wedding ceremonies, complete lack of prisons, and anti-smoking policies. The compassionate population of 18.06 billion Nox are fiercely patriotic and enjoy great social equality; they tend to view other, more capitalist countries as somewhat immoral and corrupt.

The government — a sprawling, bureaucracy-choked, socially-minded morass — juggles the competing demands of Education, Environment, and Healthcare. The average income tax rate is 83.8%, and even higher for the wealthy.

The strong Nox economy, worth a remarkable 1,054 trillion plants a year, is driven entirely by a combination of government and state-owned industry, with private enterprise illegal. The industrial sector is mostly made up of the Book Publishing industry. Average income is 58,389 plants, and distributed extremely evenly, with little difference between the richest and poorest citizens.

The path to inner peace is paved with state-mandated punishment, Nox novella fans become unusually flustered when thinking about Nox Council, prolonged government investigations are a common revenge tactic among spurned significant others, and getting an autograph has become harder than ever. Crime is totally unknown, thanks to a capable police force and progressive social policies in education and welfare. The Nox's national animal is the life force, which frolics freely in the nation's many lush forests.

The Nox is ranked 196,288th in the world and 91st in Stargate for Most Scientifically Advanced, scoring 28.67 on the Kurzweil Singularity Index.