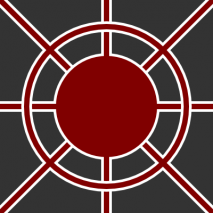 The Country of The Kartjak is a gargantuan, socially progressive nation, renowned for its burgeoning snake population. The hard-nosed, hard-working, democratic population of 19.57 billion Kartjaks enjoy a sensible mix of personal and economic freedoms, while the political process is open and the people's right to vote held sacrosanct.

The medium-sized, outspoken government juggles the competing demands of Education, Welfare, and Healthcare. It meets to discuss matters of state in the capital city of Sjaksa. The average income tax rate is 28.1%.

The strong Kartjak economy, worth 804 trillion guilders a year, is quite specialized and led by the Information Technology industry, with major contributions from Cheese Exports, Basket Weaving, and Pizza Delivery. Average income is 41,086 guilders, and evenly distributed, with the richest citizens earning only 4.0 times as much as the poorest.

The Kartjak has designated Sjaksa as its capital city. Crime is moderate, with the police force struggling against a lack of funding and a high mortality rate. The Kartjak's national animal is the snake, which frolics freely in the nation's many lush forests.

The Kartjak is ranked 87,084th in the world and 3rd in the Kingdom of the Herrebrugh Islands for Fattest Citizens, with 11.89 Obesity Rate.