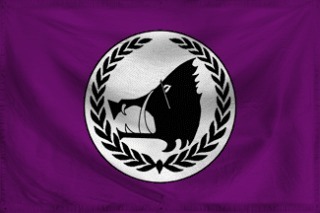 The Commonwealth of The Earldom of Fallsbury is a colossal, socially progressive nation, ruled by Lord Protector with a fair hand, and renowned for its ubiquitous missile silos, irreverence towards religion, and devotion to social welfare. The compassionate, democratic, cheerful population of 8.146 billion Fallsburgers are free to do what they want with their own bodies, and vote for whomever they like in elections; if they go into business, however, they are regulated to within an inch of their lives.

The enormous, liberal government juggles the competing demands of Administration, Education, and Welfare. It meets to discuss matters of state in the capital city of Grand Fallsburg. The income tax rate is 100%.

The frighteningly efficient Fallsburger economy, worth a remarkable 2,285 trillion Counts a year, is highly specialized and mostly made up of the Information Technology industry, with significant contributions from Tourism and Book Publishing. State-owned companies are common. Average income is an amazing 280,576 Counts, and distributed extremely evenly, with practically no difference between the richest and poorest citizens.

Loud Patriotic Music Day has been ranked the seventh best new holiday of the year, eerie glow-in-the-dark cornfields give farmlands an uncanny appearance, doctors prescribe videos of political debates to patients with insomnia, and foreign despots proudly bandstand on Fallsburger airwaves. Crime is totally unknown. The Earldom of Fallsbury's national animal is the Nuckelevee, which frolics freely in the nation's many lush forests, and its national religion is The Cult of Nemesis.

The Earldom of Fallsbury is ranked 12,074th in the world and 2nd in The Community for Most Subsidized Industry, scoring 7,097.75 on the Gilded Widget Scale.