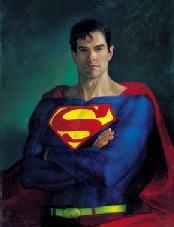 The Green and Pleasant Dominion of The Bruce is a gargantuan, socially progressive nation, ruled by the Grande Elector with a fair hand, and notable for its museums and concert halls, otherworldly petting zoo, and compulsory military service. The hard-nosed, hard-working, democratic population of 41.684 billion Electors enjoy a sensible mix of personal and economic freedoms, while the political process is open and the people's right to vote held sacrosanct.

The tiny, outspoken government juggles the competing demands of Education, Industry, and Environment. It meets to discuss matters of state in the capital city of Gemini. Citizens pay a flat income tax of 1.4%.

The frighteningly efficient Brucean economy, worth an astonishing 15,244 trillion Kopins a year, is quite specialized and led by the Automobile Manufacturing industry, with major contributions from Book Publishing, Information Technology, and Tourism. Average income is an amazing 365,709 Kopins, with the richest citizens earning 6.7 times as much as the poorest.

Police officers often head to work wearing onesies and fluffy pink bunny-slippers, people of faith are sent to twelve-step programs for 'The Cure', translators have been hired to deal with the varying regional accents during national political debates, and any body part that can be cut off a person is no longer considered to be their property. Crime, especially youth-related, is all-pervasive, probably because of the absence of a police force. The Bruce's national animal is the Rampant Surly Badger, which is also the nation's favorite main course, and its national religion is Pastafarian Flying Spaghetti Monster.

The Bruce is ranked 445th in the world and 11th in Wysteria for Smartest Citizens, with 292.89 quips per hour.