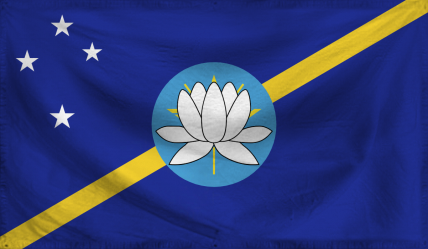 The Most Serene Republic of The Astral Eternals is a gargantuan, safe nation, ruled by Councillor Eva with a fair hand, and remarkable for its free-roaming dinosaurs, irreverence towards religion, and devotion to social welfare. The compassionate, democratic, cheerful population of 17.133 billion Eternals love a good election, and the government gives them plenty of them. Universities tend to be full of students debating the merits of various civil and political rights, while businesses are tightly regulated and the wealthy viewed with suspicion.

The enormous, socially-minded government prioritizes Education, although Environment, Healthcare, and Welfare are also considered important, while Defense and Spirituality are ignored. It meets to discuss matters of state in the capital city of Adastra City. The income tax rate is 100%.

The frighteningly efficient Eternal economy, worth a remarkable 4,921 trillion vitans a year, is driven entirely by a combination of government and state-owned industry, with private enterprise illegal. The industrial sector, which is highly specialized, is led by the Information Technology industry, with major contributions from Tourism and Book Publishing. Average income is an amazing 287,279 vitans, and distributed extremely evenly, with practically no difference between the richest and poorest citizens.

They who do not work shall not eat, the state considers itself the 'third parent' of every child in the nation, Councillor Eva is called 'Patches' at international summits, and lifeguards are more concerned with watching for sharks than struggling swimmers. Crime is totally unknown, thanks to a capable police force and progressive social policies in education and welfare. The Astral Eternals's national animal is the spirit, which frolics freely in the nation's many lush forests, and its national religion is Eternality.

The Astral Eternals is ranked 755th in the world and 2nd in The Internationale for Most Subsidized Industry, scoring 18,639.95 on the Gilded Widget Scale.