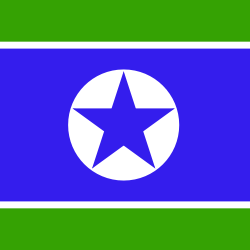 The Northern Hinterland of Teaberry is a gargantuan, efficient nation, ruled by Hattix XI with an even hand, and remarkable for its smutty television, rampant corporate plagiarism, and daily referendums. The compassionate, democratic, cheerful population of 37.043 billion Teaberries enjoy extensive civil rights and enjoy a level of social equality free from the usual accompanying government corruption.

The large, liberal government prioritizes Education, with Healthcare, Administration, and Environment also on the agenda, while Spirituality and International Aid receive no funds. It meets to discuss matters of state in the capital city of New Rossyth. The income tax rate is 100%.

The frighteningly efficient Teaberran economy, worth an astonishing 11,821 trillion bra straps a year, is quite specialized and led by the Information Technology industry, with major contributions from Tourism, Book Publishing, and Cheese Exports. State-owned companies are common. Average income is an amazing 319,120 bra straps, and distributed extremely evenly, with little difference between the richest and poorest citizens.

Foreign workers are flooding in as bra straps flood out, the Twelve Steps To Logging Off is the most popular mobile download, the military recognizes no difference between male and female soldiers, and rumor has it that Hattix XI has won three lotteries in a row. Crime is totally unknown, thanks to a capable police force and progressive social policies in education and welfare. Teaberry's national animal is the trout, which frolics freely in the nation's sparkling oceans.

Teaberry is ranked 994th in the world and 27th in Osiris for Healthiest Citizens, with 34.78 bananas ingested per day.